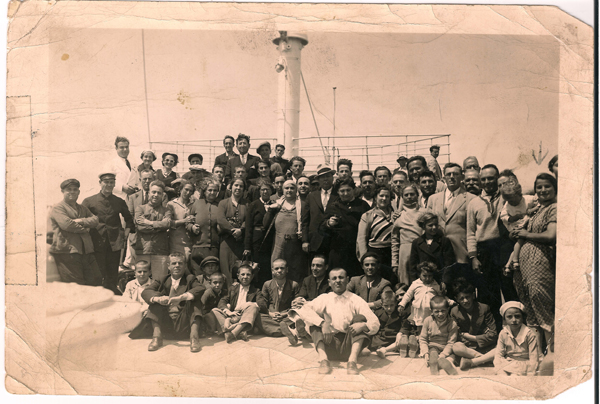 The second half of the 19th century, and especially the decades between 1880 and 1920, saw a significant number of people migrating from Italy. The region of Trentino, which at the time wasn’t yet part of Italy but belonged to the Austro-Hungarian empire, was too involved in the process, with many Trentino immigrants opting to move to the U.S. (Other preferred destinations were Switzerland, Germany, Belgium, South America, and, later, Australia.)

Moving from Trentino to North America

For Trentino immigrants to the U.S., America represented the land of opportunities. They settled in different areas of the country depending on the kind of work they were going to perform; thus, those who moved to Wyoming, Pennsylvania and Colorado were mainly employed in the mines; those who, after disembarking at Ellis Island, remained in New York, mostly worked in construction, helping ‘build’ the Big Apple.

Most Trentino immigrants to the U.S. left with the intention to return to their homeland; they weren’t so much interested in acquiring land, but rather in making lots of money and then return home. Some ended up staying, even opening their own business and becoming American citizens; others, indeed, returned.

Carmelo Martini was one of those who returned. As a young man in the early 1960s, Carmelo moved from Revò, a small town in Val di Non with a significant tradition of migration, to New York, looking for better job opportunities. He worked at the construction of the Twin Towers, which, his son Daniel recalls, “we could see from our home.”

When Carmelo was nearing retirement, Daniel told me, he began pondering the idea of returning to Val di Non, where the quality of life had decidedly improved, compared to the previous decades. Thus, in 1981, Carmelo and the family moved back to Trentino permanently. Daniel, who was born in New York, was 14 at the time. He didn’t have trouble adjusting to his new life in Val di Non because the family had always maintained strong ties to the valley, coming to visit relatives regularly.

The only problem he encountered at first was the language, as at home he had learned to speak the ‘noneso’ dialect, not Italian. While still fond of the U.S., where he travels regularly with his children, Daniel is happy with the choice his father made. He works for an international company, where he can put to use his perfect knowledge of the English language, while enjoying the benefits of living in a valley that has a high quality of life and many recreational opportunities. “I can reach the Maddalene mountains or the Brenta Dolomites in 20 minutes,” he says. [Daniel’s daughter, Elisa, works as a beautician at Pineta’s wellness center.]

Daniel Pancheri has a similar story. Like Daniel Martini, he too was born in New York. His parents were both from Romallo, another small town of the Val di Non. When Daniel’s father retired, he decided to move back to Romallo. Daniel was 10 at the time and, just like Martini, he settled well into his new life in the valley, which he was familiar with from previous family trips. The only initial obstacle was the language, but he overcame it. “It was the same problem my dad faced when he moved to the U.S.,” Daniel recalls.

“He too had to learn a new language, it was hard for him at first, but he managed. He even learned to write in English as it was necessary when they promoted him to team leader – he worked at the port of New York, preparing the ships’ cargo. When he had left Trentino, his intention was eventually to return, and he made it.” Pancheri now works as a town clerk in Romallo, his parents’ hometown. He keeps in touch with his relatives still living in north America and naturalized his three children.

If those who returned haven’t cut off their ties to America, those Trentino immigrants to the U.S. and Canada who ended up staying have maintained a strong bond with their homeland. This becomes especially apparent at the annual Sagra del Carmen, which is celebrated every July in Revò; this ancient patron saint celebration attracts not only local residents, but also dozens of immigrants, their children and even their children’s children, to take part in the ‘coscrizione,’ their ‘entry into society’, which happens when they turn 19.

John Flaim lives in Halifax, Canada, the son of immigrant parents from Revò. “My greatest highlights to date as a 51 year old: getting married, having kids, being part of Carmen in 1986 as a 19 year old. This gives you an idea how I rate the experience,” he wrote me in an email.

Each year’s ‘coscritti’ are tasked with erecting a spectacular large floral arch, the symbol of the festival, culminating with the procession of the statue of the Madonna del Carmen, carried by the ‘coscritti’ on their shoulders through the streets of Revò.

“Carmen was special,” John recalls. “From someone who initially did not want to be part of the festival, I fell in love with the whole process and the people I met. At that time I only knew my extended family. From meeting new people, taking on responsibility, and partying, there was not much that I could have asked to better the experience. You were the focus for the three weeks. It was like having your 15 minutes of fame.”

“The friends I made in 1986 are the reason I go back to Revò each year,” he continues.” Yes, I have family but my coscritti is why I go back, along with the beauty of Val di Non and the surrounding area. I plan to visit Revò every year going forward.”

Even Val di Non’s most famous son of immigrants, American actor Peter Facinelli, who starred in the Twilight series, has been to Revò to take part in the Carmen festival, and now travels to Val di Non regularly with his children.

“It feels like home,” he told L’Adige.it in 2016 when he was in Revò for his daughter Luca Bella’s participation in Carmen’s ‘coscrizione’. A time of heartfelt community bonding, which remains strong despite the distance.

Here you can discover our special offers!! 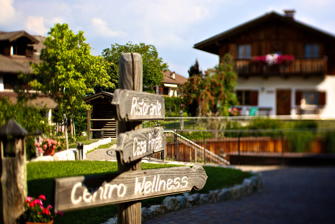 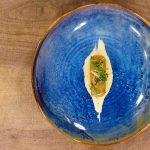 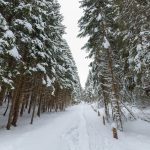 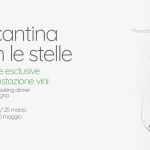